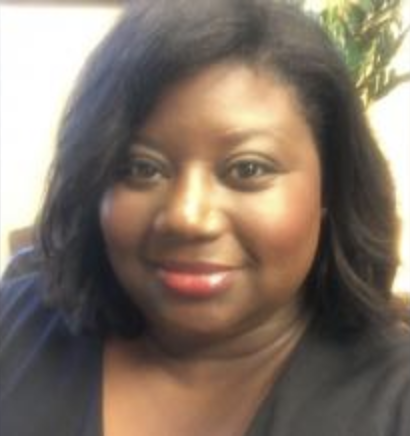 Carla Johnson recently rediscovered a photo of herself. In it, she was six years old, standing in front of a poster she had created for kindergarten class. The poster was filled with hand-drawn renderings of a train, a ship, and an airplane. Little did she know then that transportation and logistics would form the framework of her future career.

Fast forward to the present, when Johnson’s role is to ensure the efficient delivery of Zithromax® from Pfizer, which donates the drug, to developing nations. This antibiotic is critical for stopping the spread of trachoma, a bacterial eye disease that leads to scarring and irreversible vision loss. Trachoma is responsible for nearly 2 million cases of blindness in 37 countries around the world. An additional 142 million people are at risk. Compounding the problem is the fact that trachoma affects some of the poorest and most remote areas of Africa, the Middle East, and Asia.

As supply chain manager for the International Trachoma Initiative (ITI), a program at The Task Force for Global Health, Johnson coordinates shipment of the drug to the areas that need it most. “We reach out to the country to understand the current state of their in-country supply chain and their import requirements for donated drugs,” she says. “Then, we act as the liaison between the country and Pfizer to make sure each country receives the right quantities at the right time so they are able to undertake mass drug administrations (MDA) in affected communities.”

A natural talent for math and science and a summer engineering program at Virginia Tech during her sophomore year in high school steered Johnson toward her current career. “I just fell in love with all aspects of engineering,” she said. “It struck a passion within me.” That passion led to an undergraduate degree in industrial and systems engineering at Georgia Tech, and soon after, a job as a process engineer with Delta Air Lines.

Johnson’s first position was in parts logistics. “We would run models to help us determine, for every single part on an airplane, which spare parts we should have and at what airports around the world we should keep those spares,” she says. “My role was helping them reduce the number of spares they needed by reducing the repair process cycle time. I would map out the entire process and figure out where I could make it more efficient.”

The job also satisfied her wanderlust, giving her the opportunity to travel around the world using Delta’s flight benefits. She visited all seven continents, much farther than she ever imagined she’d travel while growing up in the small riverside town of Conway, South Carolina.

Eight years later, Johnson had quickly advanced through the leadership ranks at Delta, rising to a director position, heading up materials management at Delta subsidiary, Comair. On paper it was her dream job. In reality, she craved something more meaningful. Johnson had been involved with humanitarian projects since college, where she was campus coordinator for volunteer opportunities. She wanted to work in the nonprofit world, but she wasn’t sure where her skills might fit best.

A 2008 trip to Kenya offered the solution. While visiting a 10-year-old girl she’d been sponsoring, Johnson saw firsthand how logistical issues disrupt progress in developing countries. “I would see a school that was halfway finished, a well that was halfway finished,” she recalls. “The more I learned about why they had stoppages, I learned the root cause was often supply chain-related. My passion for international travel, for volunteerism, and for supply chain management all came together in one opportunity. I saw how I could add value to the sector.”

She began researching supply chain positions that blended international development with global health. Ultimately, she found the perfect mix in a senior technical advisor position at CARE USA, a nonprofit organization that fights poverty globally. There, she oversaw a massive inventory of food, drugs, and medical supplies for 47 developing countries.

In 2013, a supply chain management role opened up at ITI. In this position, Johnson is responsible for stewarding the Zithromax® drug donation to destinations around the globe, with the help of Pfizer and local ministries of health. Since coming on board, she and her team have taken steps to streamline the supply chain process—including creating a questionnaire to launch every kickoff call with each new country. “Ahead of time, we will ask countries to answer an array of questions about their import requirements and in-country supply chain in order to get a better understanding of the local context and potential challenges. We will then discuss their answers and implications for planning one by one on the call,” she says.

Her team also conducts supply chain assessments for each new country. “We want to make sure that country is able to handle such a large donation. Zithromax® is a very high-value drug,” she says. First, someone from the ITI team will evaluate the country’s supply chain, checking to see whether its warehousing systems are up to par and its people are well-trained. “If we determine they are ready to receive a donation, we’ll send a small test shipment consisting of a few pallets of drug to see how they move through the system. If things go fine, we’ll continue with a larger shipment. If the country is not quite ready, we’ll work with them to make sure they can address the concerns before we send the drugs.”

In 2017, ITI implemented The Zithromax® Shipment Tracker, a web-based solution that lets subscribers in receiving countries track the status of incoming donations via a computer or smartphone. The technology has already earned recognition, winning an innovation award from the Gartner Group and another award for supply chain excellence from the Metro Atlanta Chamber of Commerce, APICS, and Council of Supply Chain Professionals Atlanta Roundtable.

Johnson’s other focus is on preventing waste. “We don’t want to send too little drug, but we also don’t want to send too much because the drug has a shelf life,” she says. Getting accurate population counts for each country is essential to preventing an unwanted surplus. Also critical is reverse logistics—counting all the leftover bottles and returning them to regional or district warehouses after MDA. “We want to get all of those drugs gathered up, counted, and consolidated so they’re ready for the next campaign and none of it goes to waste.”

Last year marked the 20th anniversary of ITI’s efforts to combat trachoma. Since its inception in 1998, the organization has helped to deliver more than 830 million antibiotic doses to the developing world. “We treat entire communities,” Johnson says. “The hope is that, if we are able to address the entire population or enough of the population, we’ll be able to reduce trachoma prevalence to the point where it’s no longer a public health threat for that community.”

For Johnson, saving the vision of people halfway around the world is a personal mission. “I have vision problems myself,” she says. Keratoconus, a progressive eye disease that affects the cornea, has distorted her vision. Johnson was recently able to undergo a newly approved medical procedure to slow the disease’s progression enough to preserve her sight.

Over the course of her career, Johnson has seen supply chain management transform the delivery of global health interventions. “A lot of people would say we’re the unsung heroes,” she says.

“One of the things I really love about the work I do is seeing people’s lives change,” she adds. “I’ve heard stories about villages where so many people once had trachoma and every family was affected by vision loss or disability. Now you have an entire generation of children who could quite possibly never experience trachoma. And that has happened in just a few short years of focused effort.”