Wonya Lucas, who recently joined The Task Force for Global Health Board of Directors, is a veteran in the world of marketing and communications. She’s made her mark on virtually every major cable television network—including TNT, CNN, the Weather Channel, and Discovery Communications. Today, she serves as president and CEO of Public Broadcasting Atlanta.

Lucas officially began as a member of The Task Force board in September. Years of international travel and local altruism sparked her interest in tackling the issues of neglected tropical diseases in developing countries.

In a city full of transplants, Lucas is the rare native. Her father was the late Bill Lucas, the first African-American general manager in Major League Baseball, who ran the Atlanta Braves franchise in the 1970s. Her mother, Rubye Lucas, was an educator and is a former VP of Community Affairs at Turner Broadcasting System. Both parents encouraged her to give back to her community in service, which she says is part of her DNA.

Lucas shares why she joined The Task Force board, and what she hopes to accomplish as a member.

What first sparked your interest in global health?

A relative had polio, and I saw how it impacted her life. She went to college and achieved all her dreams, but seeing someone afflicted with this disease navigate the world created an interest in health and health outcomes. I was able to see the world through her eyes.

Years later, I spent three summers in Kenya with my daughters. We were working in Kibera, which is the largest urban slum in Africa. While in Kibera, we learned the impact of the HIV/AIDS epidemic on the community. We spent a lot of time understanding the people within that community and what were some of the inhibitors to a happy life — health is one of them.

How did you first learn about TFGH?

I was on two national boards and I was looking up Forbes to see where they were ranked as non-profits. I saw that number two on the list of largest U.S. non-profits was The Task Force for Global Health. It was in my backyard, and yet I’d never heard of it. I became very curious about it, never knowing that I’d eventually be on the board.

What about the organization appealed to you?

Their mission to eradicate diseases in vulnerable communities was very appealing to me. As a former process engineer, I was encouraged by their collaborative approach and the resulting efficiencies it created.

What most excites you about TFGH?

What role do you hope to play in shaping the organization’s future?

I have spent the majority of my career in brand management and working on what I consider to be iconic brands. I think what I bring to the table is a depth of knowledge around branding and an understanding of how to express yourself through the lens of brand.

I’ve also worked with several national non-profits on fundraising and development. During my tenure on the national Girl Scout board, we launched a collaborative billion-dollar campaign. I also chaired the Fund Development committee. So the other thing I bring is the ability to develop strategies that result in funding for an organization.

What types of initiatives do you hope to see from The Task Force within the coming decade?

As I dive in as a board member, I will have a greater understanding of the strategies the organization plans to implement, and specific thoughts regarding new potential initiatives. Until then, I’d love to see an expansion of their service model, which would amplify their impact and scale.

The Task Force’s Board of Directors 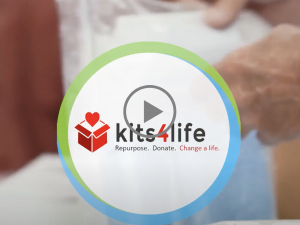