Americans hear a lot about the country’s opioid crisis but less often about ways to counter it and help those impacted by opioid addiction. A new Task Force for Global Health project is building a surveillance system that aims to improve health outcomes of babies and their mothers who are suffering from opioid addiction by analyzing the effects of opioid use disorder treatment during pregnancy.

The Task Force’s Public Health Informatics Institute (PHII) is building a surveillance system that will gather more than 1,200 data points, allowing public health practitioners to efficiently examine possible effects of treatment for opioid use disorder on maternal and child health.

The MATernaL and Infant NetworK to Understand Outcomes Associated with Treatment for Opioid Use Disorder during Pregnancy (MAT-LINK) project lead, Rachelle Jones, MPH, says another major benefit of the project is to pave the way for future data platforms and create a model for collecting data on opioid-related exposures during pregnancy and their related birth defects.

“There is not a lot of systematic research out there on maternal and child health outcomes for opioid use disorder,” said Jones, who is a Senior Business Analyst for PHII. “Having this data will be a major step in understanding the risks and addressing them effectively to help reduce the number of children living with birth defects and childhood developmental issues.”

Infants born to mothers with opioid use disorder may have long-term child health and developmental complications, including being born with addiction disorders that cause  withdrawal symptoms known as neonatal abstinence syndrome.

For mothers, opioid use disorder during pregnancy has been linked to increased risk of prenatal complications, contributing to stillbirths, higher risk deliveries, and longer maternal hospital stays.

MAT-LINK will initially be implemented at four pilot sites, collecting clinical information on the health of children born to mothers who received medication-assisted treatment (MAT) or detoxification for opioid use disorder during their pregnancy and on the health of the mothers themselves, to provide a revolutionary, cross-national data network.

The four pilot sites – Boston Medical Center Corporation, Kaiser Permanente Center for Health Research Northwest in Oregon, Ohio State University, and University of Utah – were chosen to cover a representative sample of U.S. regions where opioid use is high. The aim is to add more sites to the network once the infrastructure for the surveillance system is established.

Jones says PHII’s expertise is well-suited for this type of project, which involves standardizing data, data collection requirements, and systems across multiple sites.

“Our approach enables the sites to capture and document their workflows so that the platform efficiently collects the data and then shares that data in a uniform and clear way with all stakeholders,” Jones adds.

The three-year project is funded by the U.S. Department of Health and Human Services in partnership with the Centers for Disease Control and Prevention. The pilot sites will be collecting data in the next few months to help curb the opioid epidemic’s impact on our future generations.

Header photo caption: A nurse holds a new born baby in a hospital.

Improving Quality of Care at the Core of Health System Strengthening 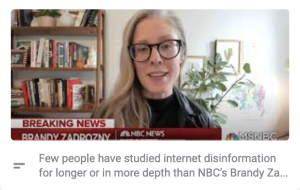 Podcast: Disinformation and the COVID-19 Vaccine 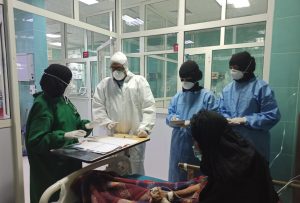