Lymphatic filariasis (LF) is a parasitic disease transmitted to humans through the bites of mosquitoes. Over time, infection can damage the lymphatic system leading to severe swelling of the limbs and genitals resulting in disability and social stigma. One of the neglected tropical diseases (NTDs), LF threatens almost 857 million people in 53 countries in Asia, Africa, the Caribbean, and South America.

The World Health Organization (WHO) has set a goal of eliminating LF as a public health problem worldwide. The global elimination program uses mass drug administration (MDA) of anti-parasitic medicines to prevent new infections and new cases where the disease is endemic

Interrupting the transmission of LF globally requires repeated annual MDA in endemic communities for six or more years. The global elimination program accelerated in 2018 with the adoption of new mass treatment approaches, increased country-level uptake of drug donations, and advances in operational research.

The Task Force for Global Health contributes to the global LF elimination program by hosting one of the major global drug donation programs of anti-parasitic medicines and driving operational research to improve programmatic outcomes.

As an NTD program at The Task Force, the Mectizan® Donation Program (MDP), manages the donation of Mectizan® (ivermectin), an anti-parasitic drug donated by Merck. Initially established in 1987 to manage the donation of Mectizan® for river blindness (onchocerciasis), MDP was expanded in 1998 when Merck committed to donate Mectizan® for the elimination of LF in African countries where onchocerciasis and LF are co-endemic. In these settings, Mectizan® is co-administered with albendazole (donated by GSK), per WHO recommendations.

As part of its stewardship of Merck’s in-kind donations, MDP regularly convenes the Mectizan Expert Committee, which reviews and approves countries’ applications for Mectizan®. Currently, MDP manages annual donations of more than 257 million treatments with Mectizan® and albendazole for LF elimination.

In 2017, WHO recommended the use of a novel triple-drug therapy for LF under certain conditions in countries without river blindness. The three medicines are Mectizan®, diethylcarbamazine, and albendazole. The new therapy – also known as “IDA” (ivermectin, DEC, albendazole) – holds the potential to accelerate LF elimination in countries where the disease is endemic. The Task Force and MDP are working with governmental agencies, Merck, endemic countries, and other partners to establish protocols for administering the triple-drug-therapy on a large scale.

As countries move closer to eliminating LF, they need tools to determine when MDA should be stopped. NTD-SC and its partners developed and piloted a mapping tool that provides more reliable assessments of LF in areas with low prevalence. NTD-SC is also supporting trials to test whether an antibiotic reduces swelling associated with LF in its disease state. This study includes testing an iPad-based infrared scanner – previously used in breast cancer patients – to measure leg circumference, which will help determine whether antibiotic treatment is effective.

NTD-SC is also collaborating on studies to determine the feasibility of integrated surveys to assess the prevalence of LF and river blindness in areas where both diseases are prevalent and MDA has been undertaken. 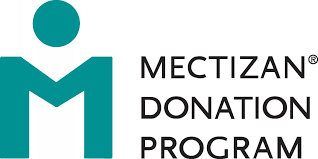 To find out where we work on lymphatic filariasis, click here and look under MDP and NTD-SC.

Header photo caption: A clinician examines a patient’s case of elephantiasis which is caused by lymphatic filariasis going untreated.