Soil-transmitted helminthiasis (STH), a neglected tropical disease (NTD) more commonly known as intestinal worms, is the most common infectious disease in the world, affecting an estimated 1.5 billion people in 105 countries. STH causes malnutrition that contributes to stunted growth and weakened cognitive development, especially in children. Women of reproductive age are particularly susceptible to the effects of anemia caused by STH infections. People are infected by ingesting soil contaminated by human feces or by skin contact with the soil. Prevalence is highest in areas where sanitation and hygiene are poor.

0 B
People are infected with STH infections worldwide (Source: WHO)
Accordion Title
Accordion Content
The Challenge

Significant progress has been made in recent years in reducing the STH burden. Since 2006, the number of countries requiring mass drug administration (MDA) for STH has decreased more than 20 percent from 130 to 103 and global treatment coverage for children has increased from 15 to 75 percent. Deworming programs are now being expanded to include women of reproductive age.

Driving Partnerships to Eliminate STH As A Public Health Problem
The Task Force’s Children Without Worms (CWW) program is the secretariat or hub for the STH Coalition consisting of more than 60 partners working to eliminate STH as a public health problem. The coalition was established in 2006 as a partnership between  Johnson & Johnson and The  Task Force for Global Health and works to coordinate actions and leverage resources in the fight against STH. CWW also serves as the secretariat for the STH Advisory Committee. The committee is an independent, international group of experts who provide strategic technical and scientific advise on STH control to the scientific community, country programs, and the pharmaceutical companies GlaxoSmithKline (GSK) and Johnson & Johnson that donate deworming medicines.

Providing Technical Assistance to Strengthen Programmatic Outcomes
CWW supports a number of countries and partners in all aspects of STH MDA planning,
implementation, and impact measurement. This includes assisting pharmaceutical partners in the management of supply chains for donated deworming medicines and helping countries measure progress toward reaching deworming coverage goals. CWW also provides support to countries in measuring the impact of deworming programs. These efforts include improved surveillance methods for monitoring STH prevalence levels and conducting costs analysis of the benefits of deworming programs.

Conducting Operational Research to Overcome Barriers to Elimination
The Task Force supports operational research to strengthen deworming programs in countries around the world. CWW is working with STH Coalition partners to develop a low-cost test for detecting drug resistance in STH parasites, which could threaten the effectiveness of STH control programs. In addition, The Task Force’s Neglected Tropical Diseases Support Center (NTD-SC) is working on more than 15 STH studies including ways to integrate MDA for STH and lymphatic filariasis and improve surveillance for both diseases where they are endemic. NTD-SC is also supporting studies to improve the use of data in deworming programs.

0 B
Additional Doses of Deworming Drugs Committed by Johnson & Johnson through 2025
0 M
children received preventive treatment for STH in 2018 (Source: WHO) 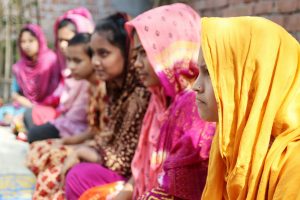 When The Task Force’s program on intestinal worms was established in 2006, the focus was on children because infections lead to malnutrition

To find out where we work on intestinal worms, click here and look under CWW and NTD-SC.