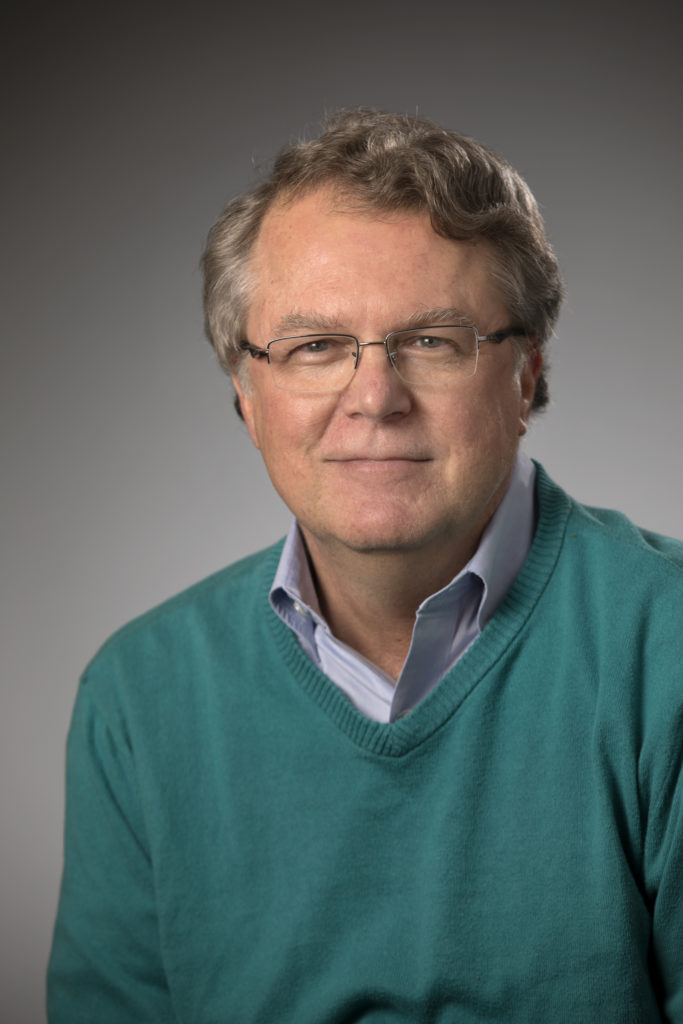 When you’re trying to wipe out some of the most disabling neglected tropical diseases (NTDs), ceaseless curiosity is a good characteristic to have. It was curiosity that first drew Patrick Lammie, PhD, to the field of science. “I’ve always been curious, and maybe a little bit of a skeptic who didn’t accept things at face value,” he says.

While an undergraduate at the University of California at Berkeley, his interest landed on parasites – a group of freeloading organisms that survive at the expense of their host. He found the lifecycles of these tiny creatures especially fascinating. “Imagine an organism that has evolved to exploit another living organism as a niche,” he says. “I think what has continued to surprise me is the very many strategies that have evolved to allow parasites to persist in the face of a human’s strong immune response.”

Researching under the wing of a professor at Tulane University graduate school, Lammie was introduced to Wuchereria bancrofti, the microscopic worm responsible for lymphatic filariasis (LF). Also known as elephantiasis, for the elephantine swelling it produces in the legs, this NTD threatens 886 million people in more than 50 countries with intense pain and severe disability (WHO). Working in Haiti as a student set the hook.

It was later, during his time as a researcher in the Centers for Disease Control and Prevention (CDC) Division of Parasitic Diseases, that Lammie became focused on the question of how to control parasitic infections like LF – first at the individual level, and then on a broader population scope. “The CDC provided me with an opportunity to see how the scientific skills I developed for laboratory use could be applied to the study of challenges at a population level,” he recalls.

On the Frontlines of NTD Elimination

As director of The Task Force for Global Health’s Neglected Tropical Diseases Support Center (NTD-SC), Lammie helps oversee donor-provided research funding,* which he calls “portfolio management,” and guides the research to keep it focused on the most pressing priorities. He also links tropical disease researchers to the World Health Organization (WHO), country-based programs, and donors. “At some level, my role is to make sure that all of those different partners or stakeholders feel like they are connected to the work,” he says.

These partnerships are critical to an effort that has “a lot of moving parts,” he adds. The work requires the scientific expertise to understand what is needed to eliminate NTDs, the managerial expertise to ensure that funding reaches the right places at the right times, and the data management skills needed to ensure that research efforts are on the right track and making progress. “No single partner or stakeholder can manage all of it.”

The partnerships that form the foundation of The Task Force’s disease elimination programs are built on sound science, trust, and solid financial resources. “The scientific foundation is critically important as the first building block,” Lammie says. “We have to feel confident that we know enough about the infection that we can detect it, and we have to feel confident that the interventions we have will treat it and block its transmission.” From there, The Task Force has to establish itself as a reliable, credible, and trusted source to solidify its relationships with every major player involved in global disease elimination efforts. Finally, to make its efforts a reality and treat these infections, the coalitions need funding and drug donations provided by philanthropic companies and organizations.

Could efforts by The Task Force and other organizations one day eliminate NTDs? “I have to believe it’s realistic. That’s an important driver that gets me up every morning,” Lammie says. “When I first started working in the field, there’s no way I could have imagined that lymphatic filariasis, or for that matter, other NTDs, could really and truly be eliminated. It’s only as the work shifted from the treatment of individual patients to the treatment of districts and countries that I began to get excited about the prospect.”

The effort to eradicate NTDs has been a community-wide effort, with The Task Force’s programs helping to lead the way toward that ultimate goal. “Our job is to work with the countries and the programs to overcome any obstacles that prevent these diseases from being eliminated,” Lammie says.

* The Neglected Tropical Diseases Support Center is supported by major grants from the Bill & Melinda Gates Foundation, the U.S. Agency for International Development (USAID), and UK aid from the British people.