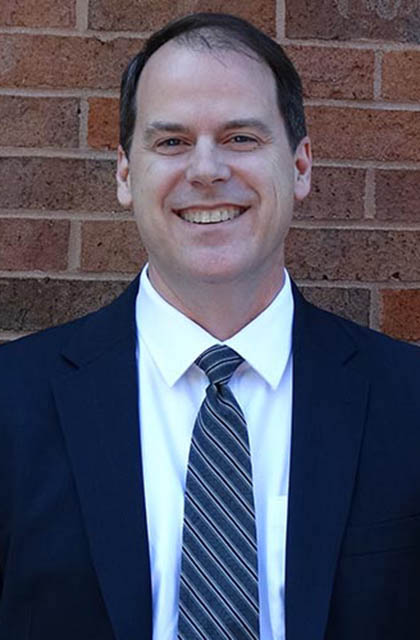 With flu season in the United States just around the corner, there is no time like the present to take you and your family to your local pharmacy or clinic to get this season’s flu shot.

Each year, between 12,000 and 56,000 people in the United States die from influenza. In 2018, 186 children were among those who succumbed to the disease (CDC). Viral diseases like influenza can take a terrible toll on young populations, as Joseph Bresee, MD, learned during his pediatric residency at the University of Washington in Seattle back in the early 1990s. “You quickly come to respect diseases like the flu,” he says. “I think pediatricians have a natural interest in viral diseases because they see the impact of those illnesses on the children they care for every day.”

Bresee had planned to do a fellowship in pediatric oncology, until a friend alerted him to the Epidemic Intelligence Service (EIS), a Centers for Disease Control and Prevention (CDC) program that trains doctors to respond to disease outbreaks and other public health threats. Bresee came to the CDC in 1993 and his EIS training focused on influenza.

From 2005 to 2017, he ran the Epidemiology and Prevention Branch of the CDC’s Influenza Division. Then in 2017, he began working with The Task Force to lead its Partnership for Influenza Vaccine Introduction (PIVI) program. This program prepares developing nations to address both seasonal and pandemic flu outbreaks.

Influenza is a mighty adversary to vaccine response teams. Each year, it kills up to a half million people around the world. Even more frightening are the sporadic flu pandemics in which new influenza viruses emerge and spread quickly across the world. “Pandemics don’t happen every day, but when they do, they carry the threat of massive illness,” Bresee says. The 1918 influenza pandemic infected an estimated 500 million people – one-third of the world’s population – and killed at least 50 million (CDC).

Pandemics have happened more recently, too. A 2009 H1N1 virus pandemic killed up to half a million people worldwide (CDC). The event also highlighted significant gaps in countries’ flu preparedness. “One central problem is that more than half of countries in the world don’t use flu vaccine,” Bresee says. As a result, many developing nations still lack the systems needed to deliver vaccines efficiently and effectively to their people during a pandemic.

That’s where PIVI comes in. Under Bresee’s lead, PIVI works with low- and middle-income countries, providing the technical and logistical assistance to help them build sustainable vaccine delivery systems, and to get vaccines from manufacturers to the people who need them. This includes having national policies and deployment plans in place, refrigerated locations ready and able to store vaccines at the required 35° to 46° Fahrenheit , as well as health workers who are trained to administer them. PIVI provides influenza vaccine to some partner countries, and technical assistance to all of the countries in which it works.

The idea of PIVI started at the CDC in 2012 as a way to distribute vaccines donated by the Walgreens pharmacy chain. Two years later, with funding from the Bill & Melinda Gates Foundation and collaboration from the CDC, The Task Force formally launched it as a global program. Today, PIVI works with 18 countries and has plans to incrementally expand. “The Task Force has really given the program shape and momentum,” Bresee says. “The success of PIVI is related to the skill, experience, commitment, and passion of The Task Force.”

Once vaccine systems are in place, they will not only protect against seasonal flu, but also ensure that countries are prepared in the event that an influenza pandemic strikes in the future. “If countries don’t use seasonal vaccine, they’re missing an opportunity for prevention, but they’re also behind in preparing for a pandemic. The same sort of policy bodies and regulatory capacities that go into running a country’s seasonal vaccine program can be used for pandemics,” Bresee says. Those systems can also help countries combat outbreaks of other diseases, such as Ebola, when they occur.

The Hunt for a Better Flu Vaccine

Bresee’s other role has been to help build a global consortium that brings together organizations, governments, and philanthropists who are interested in furthering universal influenza vaccine development. Today’s vaccines protect for only one season, and they work against currently circulating virus strains. The goal is to develop a universal vaccine that would protect against every strain of flu, including pandemic strains, and provide long-lasting coverage.

“The objective is to develop a vaccine that has broader immunity than current vaccines, so it would protect against novel strains that come along, but also last longer than the current vaccine – two or three years at least,” says Bresee.

The successful development of a universal vaccine could still be many years in the future. “I think there will be better flu vaccines in the next 10 years, but a truly transformational vaccine may take longer,” he says. When a universal vaccine is finally developed, PIVI will have laid the foundation, ensuring that countries around the world have the vaccine delivery systems in place ready to receive and administer it to their people.