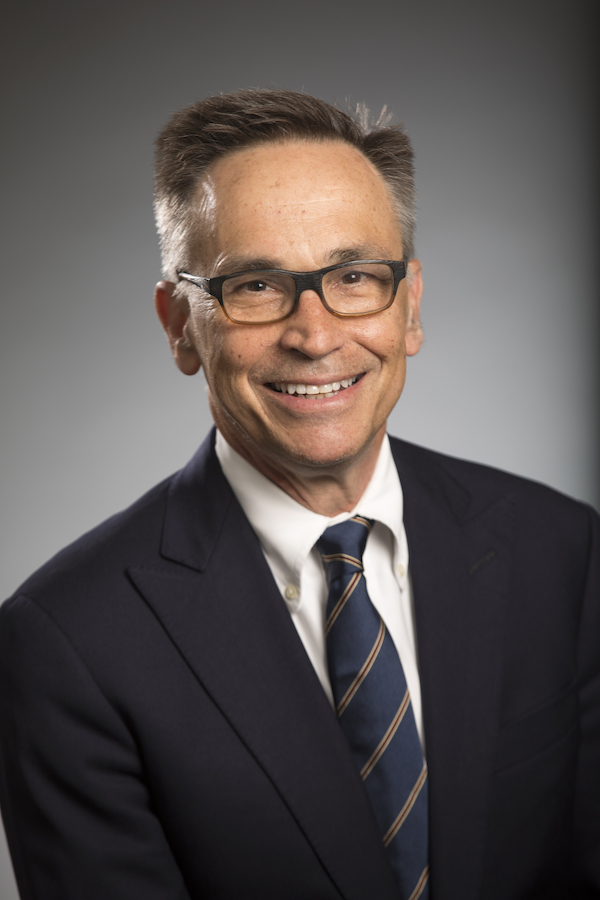 Over the last three decades, John Ward, MD, has directed efforts against two of the most pressing global public health threats – AIDS and viral hepatitis. He was first a practitioner who, as he likes to say, “learned medicine from the bottom up.” During the summer months while in high school, he worked as a hospital orderly in his hometown of Montgomery, Alabama. “It was bedpan duty. It was washing people and shaving them for surgery. But I really learned how a hospital works and how people view doctors,” he says.

Ward’s introduction to preventive medicine came during a program he attended while a student at the University of Alabama. As part of the Alabama Coalition for Community Health, he visited small towns and provided physical exams to underserved Native American communities.

The experience sparked his interest in global health. After completing his medical residency, he interviewed with the World Health Organization (WHO) in Geneva, Switzerland. The hiring manager sent him away, telling him he didn’t have enough experience. “They said, ‘Go work at CDC.’ I’ve been operating on that advice for 35 years,” he says.

Applying to the CDC is much like rushing a fraternity or sorority, according to Ward. “They interview you. They rank where you want to go. And where you match is where you go.”

Though his interest at the time was hepatitis, he was matched with a job in AIDS surveillance. This was 1984, a time when AIDS was still an unknown entity. A week after the CDC hired Ward, two research groups announced their discovery of the virus that causes AIDS. Ward was charged with protecting the nation’s blood supply. He helped develop the first test to detect HIV in donated blood, preventing transmission to people with hemophilia and others receiving transfusions. “It was an exciting time,” he says.

It would take another two decades before Ward finally landed at his intended destination, directing the CDC’s Division of Viral Hepatitis. In 2018, he left to head up The Task Force’s Coalition for Global Hepatitis Elimination. Today, he is responsible for building the capacity needed to reach the WHO’s goal of eliminating viral hepatitis by the year 2030. “I realized we have this rare opportunity. Hepatitis is one of the diseases that’s been deemed feasible and worthy of elimination,” he says.

His job is to bring together a coalition of partners – from funders to experts to program leaders in the field – and provide the technical assistance and operational support needed to create and successfully implement virus elimination programs. “CDC and WHO can’t do it alone. You have to bring partners together,” Ward says. “That’s the beauty of The Task Force for Global Health. They have a track record of doing just that to support disease elimination.”

Eliminating a disease that affects more than 300 million people and kills an estimated 1.3 million each year is a daunting goal. One of the many challenges to combatting viral hepatitis is its stealthy nature. The virus often remains silent and symptom-free until complications like liver disease and liver cancer are well under way. The time between infection and disease onset can stretch into the decades. So even though more people die from viral hepatitis than from malaria, HIV, and tuberculosis, “Hepatitis remains an underappreciated health threat,” Ward says.

Another challenge is a general misunderstanding about the way the virus spreads. “The hepatitis B virus affects 8 to 12 percent of adults who haven’t been vaccinated in Asia,” he says. “Most people think it’s a foodborne illness. It’s not. It’s a bloodborne illness.”

Although The Task Force’s hepatitis elimination program is still in its infancy, great strides have already been made toward achieving the WHO’s goals. In almost every part of the world, including developing nations, donated blood is now screened for hepatitis B and C viruses. “Blood transfusions used to be a major mode of transmission,” Ward says.

Better infection control in health care settings is another success story. Thanks to improvements like the provision of clean needles, the transmission rate in hospitals and clinics has dropped by more than 90 percent. Also successful has been the increase in hepatitis B vaccinations among newborns, which is up to 95 percent effective at preventing virus transmission from infected mothers. “About 80 percent of infants get this vaccine,” Ward says. “Millions of future deaths have been averted by infant immunization. Of all the vaccines – measles, rubella, meningitis – the hepatitis B vaccine prevents the most deaths.”

Perhaps the biggest contributor to global hepatitis elimination has been the discovery of a cure. A 12-week course of hepatitis C medications can cure over 95 percent of people with the virus. Today these drugs are not only effective – they’re also cost-effective. Thanks to the introduction of generic versions, the price of a curative dose for developing nations has dropped to around $300. “The next challenge for us is to lower the cost of diagnostics,” Ward says.

The Task Force’s coalition-based approach to supporting disease elimination has so far been well-received by the countries that need its help most. “I think everyone in the field realizes the value of a coalition that brings people together and supports them so that they can do their jobs better,” Ward says. “And as we raise the visibility of these programs, it attracts even more funding and support for them.”

Watch to learn more about the Coalition: