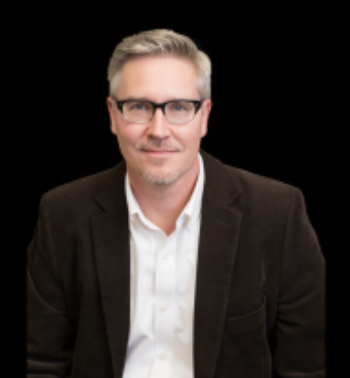 In the 1970s and 80s, kids growing up around Detroit, Michigan essentially had a one-industry career choice. “My father worked for General Motors his entire professional life. In grade school, many of my friends’ fathers worked in the automobile industry and there would actually be fights based on their loyalty to the big three car manufacturers—GM, Ford, and Chrysler,” Jim Jellison, MPH, says.

Jellison’s father steered him into law and Spanish to make him invaluable to car manufacturers expanding into Mexico, but he had other plans. After traveling around the country working a series of odd jobs in his 20s, he finally landed in Nashville with his savings whittled down to $40. It was time to find a real job. A classified ad for the local health department sealed his fate. “I’d never heard of or thought of public health, but there was something about that ad that really resonated with me,” he says.

The entry-level position in the environmental health bureau introduced him to restaurant inspectors and wildlife control officers, immunization nurses and child safety experts. “It struck me as a three-ring circus,” he recalls. After teaching himself geographic information system mapping (GIS) technology, Jellison made himself invaluable to epidemiologists who needed their databases converted into maps to track disease incidence. He parlayed his new skill into a GIS analyst position.

His career took a turn in 2007, when the Nashville Public Health Department was awarded an emergency preparedness grant. The additional funding gave him the opportunity to work as a business analyst on a project that helped bolster the city’s readiness for pandemics, floods, and other emergencies. That’s where he learned about the Public Health Informatics Institute (PHII), a Task Force program that helps public health agencies apply information technology to improve health outcomes.

In Jellison’s seven years with PHII, he’s implemented process improvements to make his department agile enough to identify new opportunities, and to tackle more projects. “It’s more of a hustle. And because of that, we’re improving our internal processes for developing and executing projects more rapidly,” he says.

One of the most challenging projects Jellison’s team has undertaken is Digital Bridge—a collaborative effort between healthcare providers, public health organizations, and electronic health record developers to streamline the exchange of information between healthcare organizations and public health agencies. PHII has been working to design and implement electronic case reporting, which would help automate the transfer of infectious disease case reports from doctors to public health agencies. The solution they’re rolling out is technically complex, requires careful consideration of patient privacy regulations, and has an aggressive timeline. “With all these factors, there have been many risks and potential points of failure,” he says. “However, thanks in large part to the perseverance and ingenuity of the PHII team coordinating this work, we are rolling out the electronic case reporting implementations with providers and public health agencies across the country.”

Another significant challenge has been adapting to the migration of talent and resources away from government public health agencies into the private sector. “The pay is generally better in the private sector. There’s also a broader range of opportunities than what a state or local government agency often provides,” he says. He worries that government public health agencies could eventually be so starved of talent that they become irrelevant.

Jellison believes that a vibrant community of public health informaticians and analysts is essential, because they’ll ultimately lead the charge to solve broader health challenges. “I’m thankful that the Public Health Informatics Institute and the Task Force are part of that community,” he says.