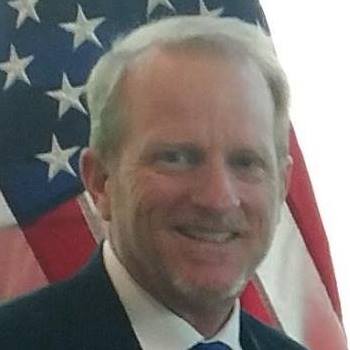 Bill Gallo, MBA, is The Task Force’s Director of the Global Partnership for Zero Leprosy (GPZL). He has over 30 years of experience with the Centers for Disease Control and Prevention (CDC) in public health program management, policy, and administration.

Mr. Gallo served as Senior Advisor for the Pacific Islands in the CDC Center for State, Tribal, Local and Territorial Support in Honolulu, Hawaii, where he worked with public health leadership in the US-affiliated Pacific Islands to coordinate and strengthen CDC support to the islands and assist health ministers in the strategic management of their CDC-funded programs. From 2003-2007, he served the CDC’s global health programs in Kenya, where he oversaw management and operations for one of CDC’s largest overseas programs.

From 1987-1999, Mr. Gallo served as a CDC public health advisor with state and local sexually transmitted disease and immunization programs before joining CDC Atlanta as the Associate Director for Policy in the Immunization Services Division from 1999-2002. During his assignment in Atlanta, he also provided short term assistance with polio eradication and measles elimination efforts in Bangladesh, Uzbekistan, and Kenya.

Mr. Gallo is well-versed in collaborating with various stakeholders, including country health directors, international organizations, and regional associations. He oversaw management and operations of CDC’s Kenya Programs, including PEPFAR, for five years before relocating to Honolulu, Hawaii. While based in Hawaii, he served as Associate Director at the CDC Center for State, Tribal, Local, and Territorial Support, and served as CDC liaison to the Pacific Islands. While headquartered in Atlanta, Georgia, he also provided short-term assistance with polio eradication and measles elimination efforts in Bangladesh, Uzbekistan, and Kenya.

Mr. Gallo first engaged with leprosy in 2012 when he participated in submitting a proposal to the Department of Interior that provided funding to build leprosy surveillance and clinical capacity for the Republic of the Marshall Islands and the Federated States of Micronesia. In 2014, he accompanied a CDC Center Director to Hawaii’s Kalaupapa Community.

Beyond leprosy, Mr. Gallo has engaged with the neglected tropical diseases community through his work with lymphatic filariasis (LF) in American Samoa. There, he coordinated with CDC experts and helped raise funding to support a new push for assessment and mass drug administration activities.