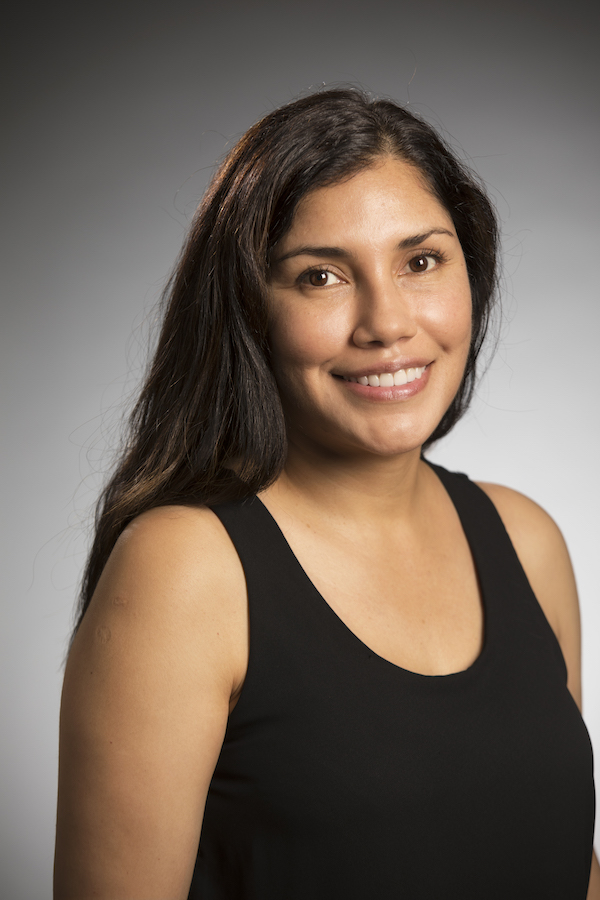 When Angela Hilmers earned her medical degree from the Christian University of Bolivia (Universidad Cristiana de Bolivia) in 2006, she expected to make some sacrifices in caring for her patients. She didn’t anticipate having to put her life on the line.

On a medical mission trip to El Salvador in 2008, Angela was caught in the crossfire of local gang violence. She and a group of other volunteers were seeing patients in a makeshift tent clinic set up in a church, when a masked man stormed in and began shooting. “We went down to the floor,” Hilmers recalls. “He wounded a couple of patients sitting in the waiting room and killed one of our helpers.”

That terrifying encounter didn’t deter Hilmers from her medical mission. She did tours in Vietnam, Cambodia, Honduras, Nicaragua, Costa Rica, Peru and Brazil – the country in which she grew up. “I was always passionate about helping other people,” she says.

Turning Passion into a Profession

Through her many mission trips, Hilmers saw firsthand how poor health, sanitation, and diet can ravage populations in poor countries. Wanting to learn more, she earned her Master of Science degree in nutrition from Texas Women’s University, and a Master of Public Health from the Johns Hopkins Bloomberg School of Public Health.

In 2015, she decided to turn global health into a full-time career, pursuing a fellowship with the Centers for Disease Control and Prevention (CDC). “Because of my medical background and because I speak Portuguese and Spanish, they thought I’d be a good fit for the workforce development branch.”

She has also been involved in a number of research activities during her academic career. She worked as a coordinator of non-communicable disease research studies from 2007 to 2013 at the USDA/ARS Children’s Nutrition Research Center at Baylor College of Medicine and at the University of Texas MD Anderson Cancer Center. Through her qualitative research, she has developed questions and protocols, conducting focus groups, cognitive interviews and surveys, and coding and analyzing qualitative data. She also directed participant recruitment, provided technical oversight to data collection and program evaluations. She has been author and co-author on the papers that were written describing the team’s research at Baylor College of Medicine and has collaborated with other research teams in Brazil and Peru. She also serves as a reviewer for scientific journals in the area of chronic disease prevention and public health.

As part of the CDC’s Field Epidemiology Training Program (FETP), Hilmers traveled to West Africa, where she trained local health professionals to respond to disease outbreaks. A year later, the Training Programs in Epidemiology and Public Health Interventions Network (TEPHINET) brought her on board as a consultant to provide technical oversight for the implementation of FETP Frontline in the Americas and Caribbean Regions during the Zika epidemic. Since 2017, she’s been TEPHINET’s Senior Associate Director for Science.

Training Epidemiologists on the Ground

TEPHINET is a global network of FETPs comprising more than 70 member programs working in more than 100 countries, which have together trained upwards of 12,000 public health workers to be the “boots on the ground” in outbreak response and disease surveillance. The network formed in 1997 and shortly thereafter became an independent organization, then merged with The Task Force for Global Health in 2009. Through training, curriculum development, and mentoring, TEPHINET aims to develop a highly competent workforce of field epidemiologists who are ready to respond to health crises on the ground.

Such training is critical for when outbreaks strike, which they inevitably do. “Outbreaks are a constant global challenge,” Hilmers says. “Field epidemiologists are the frontline of any strong surveillance health system. Through our training, they’re able to detect and contain outbreaks, and also effectively communicate what they’ve done to the public and their peers.”

Well-trained FETP alumni aren’t just vital in terms of having boots on the ground to contain an active outbreak. They also have the critical thinking skills needed to find solutions to longer-term problems, both in their own countries and abroad. For example, some FETPs in Africa have produced competent field epidemiologists able to support outbreak investigation and response in neighboring countries that do not have the capacity to do so.

Simply starting an FETP isn’t enough. As an FETP establishes a fleet of well-trained epidemiologists within a country, it must also plan for its long-term success, which relies on retaining a well-trained and competent workforce within the local ministry of health. TEPHINET aims to give these programs longevity.

“Once an FETP is established, TEPHINET’s goal is to support and promote program institutionalization and sustainability,” Hilmers says. “We work with the Ministry of Health to create a sustainability strategy.” In addition, TEPHINET has developed and successfully implemented an accreditation process for FETPs designed to systematically improve program quality worldwide. The rigorous accreditation process has helped FETPs uncover their barriers to sustainability, and the status of international accreditation is beneficial to programs aiming to communicate their value to stakeholders.

Developing a cadre of well-trained FETP fellows requires a constantly evolving curriculum that keeps pace with the state of the science. “Our Learning Program is leading the development of a comprehensive new learning strategy to ensure a well-trained global field epidemiology workforce,” Hilmers says. “The field epidemiologists of the 21st century need to have the skills and competencies to address evolving public health priorities.”

All of these initiatives depend on a robust funding source. “This is a big challenge for us, to attract funders,” Hilmers says. “We count on support from our main partner, CDC, but we’d like to diversify. Part of my role is to improve understanding of TEPHINET’s mission and role among stakeholders globally, as well as to elevate TEPHINET’s voice and profile as a technical organization to attract people and institutions who are interested in funding these programs.”

One way that Hilmers attracts new funders is by raising TEPHINET’s profile, which she does by sitting on various international scientific advisory committees. During these meetings, Hilmers presents TEPHINET’s strategic framework and introduces its purpose to a global community. “In a couple of weeks, we have a meeting in Colombia, where we’re being asked to discuss our program and what we do, and then we’re going to launch emergency response training for people in the Americas,” she says.

She is also helping to grow TEPHINET’s long-held strategic partnerships with some of the biggest players in global public health, including the World Health Organization (WHO), the Centers for Disease Control and Prevention (CDC), and the Food and Agriculture Organization of the United Nations (FAO).  “I feel our greatest success is working closely with them and with our regional FETP networks, with the common goal of building a competent workforce to strengthen global health security,” Hilmers says.

TEPHINET’s tenth Global Scientific Conference will be held this year from October 28 to November 1 in Stone Mountain, Georgia. Since 2000, TEPHINET has held nine global and 19 regional conferences, where FETP fellows and graduates present their research to panels of expert reviewers and judges, and learn from the disease detection and response efforts of teams working in other parts of the world. “The conference is not only an opportunity for them to showcase their work, but also to build professional relationships and develop new skills,” Hilmers says. “For us, this is one of our greatest successes.”