Did You Know About the “Other” Bill?

The highest honor at the Centers for Disease Control and Prevention (CDC) is called the William C. Watson Jr. Medal of Excellence, in honor of The Task Force for Global Health’s co-founder.

Yet, even within global health circles, many do not know of this “other” Bill who teamed up with the legendary Bill Foege to found The Task Force in 1984. While Foege is credited for devising the global strategy that led to the eradication of smallpox in the late 1970s, Bill Watson contributed to the establishment of the CDC, mass access to immunizations, and eradicating smallpox in India. 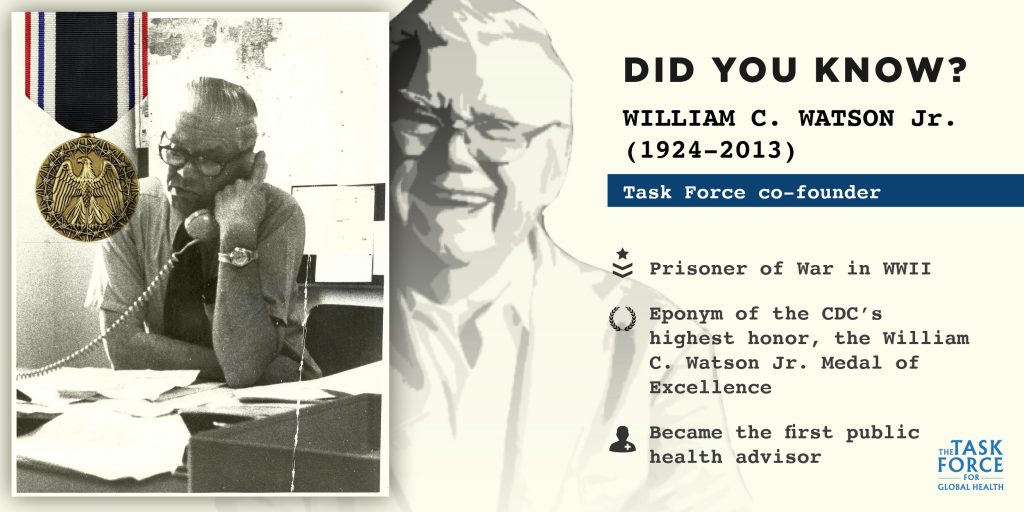 Foege has said about his colleague and friend, who died in 2013, that “some things cannot be exaggerated. We can’t exaggerate the impact Bill had on our lives or the health of the world.”

As Deputy Director, Watson was the operations man behind the vision for The Task Force, which was created initially to increase global childhood immunization rates. Both former CDC employees and often called “the Two Bills,” Watson and Foege held their first Task Force staff meeting, along with former CDC employee Carol Walters, around Watson’s kitchen table.

“He believed in being boots on the ground, visiting public health departments and pediatricians’ offices around the country to hear how immunization tracking was impacting their ability to provide health services to children and children’s ability to live healthy lives,” said Kris Saarlas, All Kids Count’s Deputy Director.

“Wherever we went, doors would open because he was just that well-respected in the health community. People knew he would listen to their concerns and issues and make every effort to find a solution.”

Much of Watson’s public health career was devoted to starting and building the U.S. Centers for Disease Control and Prevention (CDC). Founded in 1946 with the goal of controlling the transmission of malaria in the U.S., the organization started in Atlanta, GA, with Watson’s help.

Self-disciplined, humble, and an extremely fast-walker (even in his 70s), Watson was a member of the first CDC cohort of Public Health Advisors and became a role model to those that followed. Public Health Advisors are the specialists who advise the CDC’s public health programs at the federal, state, and local levels. Named in honor of Watson, the Watsonian Society was created by the CDC and the Agency for Toxic Substances and Disease Registries to foster and continue professional and social relationships among public health program specialists such as public health advisors and analysts.

As Deputy Director of the CDC, he was called to India in 1973 by Foege to support the last battle of the smallpox eradication, the only human disease to ever be wiped from earth. Their dedication was motivated by the belief that health should be accessible to all people and they were close partners in making health equity a central goal of public health.

“Bill was always a calm and comforting presence with good ideas on how to respond rationally to irrational demands,” said Task Force advisor Alan Hinman, recipient of the William C. Watson Jr. Medal of Excellence in 1994. “He continually demonstrated his basic decency and compassion, always taking into account the human impact of decisions. His goodness shone through.”

Watson’s ability to build respectful partnerships played a key role in the success of The Task Force.

“Every day, he would come into my office at 11:30 on the dot and click his heels and say it’s time to go to lunch,” said Saarlas. “We never ate lunch in our offices but always together. He valued character and integrity over skills in his colleagues and the people he served.”

As a mortarman in the 100th U.S. Infantry Division in World War II, Watson was captured and held for six months in a German Prisoner of War camp. In his book First Class Privates, Watson cited this experience as part of the reason he focused the rest of his life to fighting for social justice as a public health servant.

Thanks to the “Two Bills,” a desire for health equity and social justice fueled the early culture of The Task Force and continues to do so nearly 40 years later. Bill Watson will always be a part of The Task Force’s vision and spirit, and we could not be more grateful for his leadership and courage. 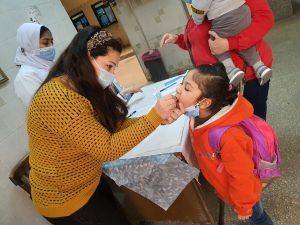 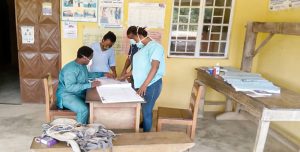