Continuing the War on Worms

“People, parasites, and poverty have a thriving relationship” said Vicente Y. Belizario, Jr., MD, MTM&H, and when it comes to intestinal worms, where Belizario has dedicated more than 30 years of his career, this is clearly evident. Intestinal worms are parasitic worms that cause soil-transmitted helminthiasis (STH), some of the most common infections in the world and the most commonly neglected tropical disease (NTD) that routinely affects poorer populations due to lack of quality sanitation and water infrastructures.

Our Children Without Worms (CWW) program works to control and eventually eliminate these infections, but it takes a collaborative effort of partnerships across the scientific and implementation sectors to get the job done, and Belizario has been an instrumental part of that collaborative effort.

As a former STH Advisory Committee Chair and member, Belizario recently stepped down from the Committee to take on a new role as the Dean of the College of Public Health, University of the Philippines, Manila. In recognition of the contributions he has made to the STH community and as a partner to CWW, we catch up with him for some reflections on his time in the Committee and his thoughts on the current status and future of the War on Worms.

Q: How did you get interested in working in STH?

I have a background in clinical tropical medicine through a post-graduate fellowship from the World Health Organization (WHO) in the Uniformed Services University of the Health Sciences in Bethesda, MD, USA. After being inspired by my mentors during this post-graduate fellowship, I came back to the Philippines with the realization that there was so much opportunity in research and enhancing policy in the area of parasitic disease control and prevention.

In the 1990s, one of my first projects was looking into worms in school children which was in partnership with the WHO. It was a multi-country clinical trial exploring the use of combination therapy for STH that were used for mass drug administrations for the elimination of lymphatic filariasis, another parasitic NTD. At that time, it was an ideal project for the Philippines because we had a control program that was likewise neglected and poorly funded, and prevalence of STH in the country was very high even in first class municipalities near Metropolitan Manila. After the clinical trial, I developed a strong desire to understand more and help provide solutions, and that’s how I got started working in STH. 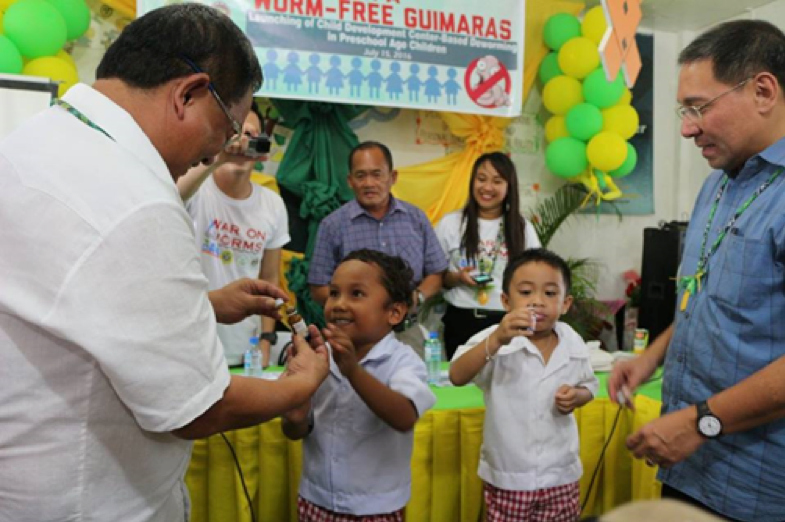 Gov. Samuel Gumarin of Guimaras Province (left) and Dr. Vicente Belizario, Jr. (right) of the University of the Philippines Manila (UPM), spearheading the launch of the child development center (day care center)-based mass drug administration of mebendazole in Guimaras, July 2016. This was part of the War on Worms campaign (WOW led by the UPM in partnership with the Department of Health-Western Visayas Region, local government units, and Johnson & Johnson (Philippines). Photo courtesy of Dr. Belizario.

In the meantime, there was a major opportunity to provide technical support to the Department of Health through the national STH surveys in preschool age children (PSAC) and school age children (SAC), which showed 7 out 10 in both PSAC and SAC being infected with STH. These major findings spurred the creation of the National Integrated Helminth Control Program of which mass deworming was a major strategy. In addition, the survey results provided a basis for allocation of the highest budget ever dedicated for procurement of deworming tablets by the national government of the Philippines.

Q: Since your time working in this area, what have been some of the major changes in the STH community?

While there have been remarkable improvements by way of enhanced policy and implementation of deworming along the lines of what the WHO advocates to country programs, the challenges that have now emerged include diagnostics in an era when deworming campaigns have markedly reduced prevalence of infection and intensity.

We need better, more sensitive tools as a basis for surveillance so that we can find out how well we are doing and how close we are to elimination. However, work is underway to help solve these challenges, and a lot of the discussions around improvement of diagnostics are occurring in the STH Advisory Committee supported by CWW.

Additionally, if we want to push for elimination of STH and not just control, we already know that deworming alone cannot make this happen. Intensified interventions and major improvements in water, sanitation and hygiene (WASH) would need to be in place to make this happen. Stopping open defecation and making water available for washing and hygienic habits in the population remain continuing challenges in many areas, especially those of poverty.

Another challenge is the need to be more serious about the integration of worm control efforts in relation to nutrition. For instance, the Philippines recently just came out with the results of its national nutrition surveys, and the news is not so good.

Up to 30% of children in the Philippines remain stunted in spite of everything that has been done in the past decade. We know for a fact that chronic worm infections are a major reason why children become malnourished, and this evidence may need to be brought into the limelight if we want authorities to give more serious attention to improving health in low- and middle-income countries, especially for children.

Q: How did you get involved with the STH Advisory Committee and what was your experience with the Committee like?

At the time when I first joined the Committee, we were specifically focused on advising the mebendazole drug donation program. I was invited by J&J to join the Committee, and I considered it an honor and privilege to have been invited because I knew that the group was composed of experts in the field of STH research and control.

It was a great opportunity for me to be a part of such an excellent group of multidisciplinary experts from whom we derived so much learning.  Being a member of the Committee allows one to contribute by way of providing technical advice but at the same time to learn tremendously from the expert group, which in turn helps all of us to help others outside of the committee. It was an experience I wish that younger, promising folks will be able to have because when you are in it, you get inspired.

I was so grateful for the chance to work with CWW and The Task Force for Global Health through the Committee. It has not been just a one-way process of providing technical support. Because of these experiences, I feel that I am in a better position to help others not just in the Philippines but also in countries that have similar STH infection situations.

Q: What do you see the role of CWW being in the STH community?

They have a very crucial role. First, CWW provides support for the STH Advisory Committee which is the main platform for the high-level, high-quality discussions on the science behind STH and its control and elimination, and CWW helps bring together all these experts in STH from different sectors to the annual meetings and continues to facilitate those discussions between meetings.

CWW also manages the STH Coalition which again is a major undertaking in that the Coalition gathers all the stakeholders in the STH community and the frontline players in STH program implementation where the application of the science takes place. From these two fronts, CWW helps highlight the science, challenges and best practices of STH control and elimination.

I think CWW has done an excellent job in doing all these, and recently, CWW has also supported sharing the results of the discussions from the STH Advisory Committee with the public by contributing to draft manuscripts on the meeting outputs for publication which is valuable for providing a basis for WHO and country programs’ policy development. Thanks to CWW’s help, the STH Advisory Committee has transformed from a group that only provided advice to a drug donation program into a high-level scientific group that is an authority in STH control.

Q: What do you think the future of STH looks like?

Generally good if we keep close collaboration with the WASH sector, but we need to consider in a major way, who are those left behind. Special attention may need to be given to those groups unreached by deworming and other STH control program strategies. For example, children who are not in school, children in indigenous groups in hard to reach areas, as well as women of reproductive age and pregnant women. Creative and better ways of reaching them will bring us much closer to our dream of control and ultimately elimination of STH. 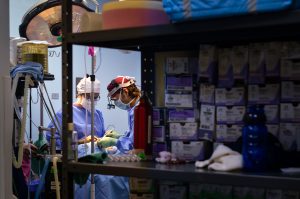 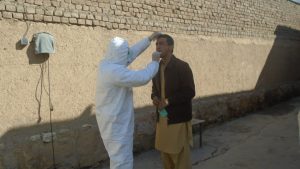 Building Epidemiological Capacity to Slow the Spread of a Pandemic