Big Pharma Can Do More for People in Developing Countries, Says GSK CEO

GSK Chief Executive Officer (CEO) Sir Andrew Witty is one of the pharmaceutical industry’s most passionate advocates for increasing access to essential medicines and vaccines for people in developing countries. The British-based company, a partner of The Task Force for Global Health, has donated billions of dollars in medicines to control and eliminate neglected tropical diseases (NTDs). Despite these initiatives, Witty thinks his industry has fallen short in meeting the health needs of all people around the globe.

“There’s a lot of money in the pharmaceutical industry, no question,” he said. “But it’s mostly being supported by about 700 million people in America and Western Europe. As we look forward, another 6 billion people are rapidly coming into a state of health care consumption and we have to start to do a better job of addressing their needs.”

Witty made the remarks at a Jan. 9 panel discussion at the Emory University School of Law on the pharmaceutical industry’s future role in global health. He was joined on the panel by Task Force President and CEO Dave Ross, ScD, and other distinguished global health and legal experts who tackled a wide array of issues related to access to medicines.

Ross argued that public health needs to work closely with the pharmaceutical industry to solve large-scale health problems, but there is often resistance because of biases against the private sector for its profit motives.

Ross and Witty agreed that drug donation programs, which have been essential for the control and elimination of NTDs, are not sustainable and that new models need to be considered, particularly for addressing chronic conditions in developing countries.

“We are looking right now at addressing hypertension in low- and middle-income countries,” said Ross. “But that’s not, in my view, a donation model. They need access to affordable drugs.”

Witty pointed to the Gavi model as a viable solution for increasing access to medicines and vaccine. Using a fund supported by donors, Gavi negotiates deep discounts with pharmaceutical companies to procure large quantities of vaccines for low- and middle-income countries. Pharmaceutical companies offset the costs for selling these products at lower costs by charging more for their products in high-income countries.

“This is a very substantial part of our business,” said Witty. “Once the capital base exists, then you can legitimately start to identify what is the marginal cost and you can charge essentially the marginal cost.”

GSK is among four major pharmaceutical companies that support The Task Force’s work to control and eliminate NTDs, specifically intestinal worms and lymphatic filariasis. Witty will be retiring in March after nearly 10 years as head of the company, which has been consistently ranked the top pharmaceutical company for its commitment to access to medicines. 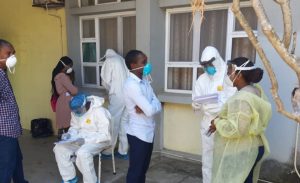 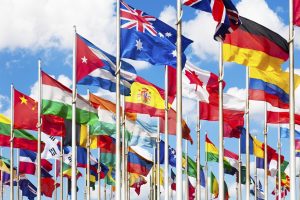